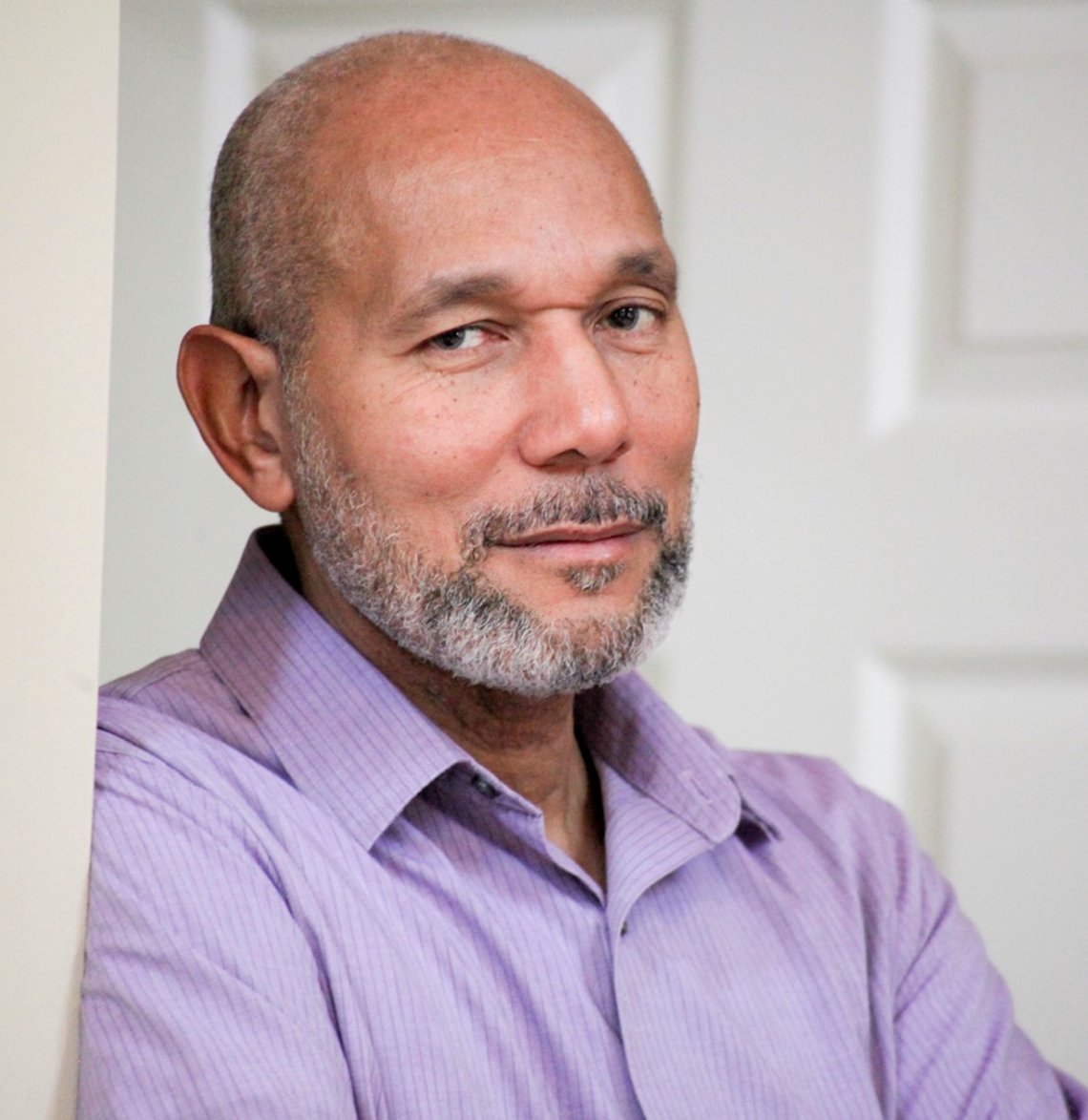 Ronald Sullivan… creator and visionary of the Dance Hill Collection
When Ronald migrated to the USA and settled in East Orange, New Jersey, with his culture and spirit deeply rooted in his upbringing in Guyana and England, he already had many experiences to draw upon. His creative spirit excelled in interests such as music and photography, but he soon found that most of his prolific notoriety and satisfaction came from using his hands to create unique works from various media.

By 2004, Ronald had developed a keen interest in the arts, and in the early part of that year took up sculpting in stone as a hobby. Shortly thereafter he started working with a variety of different kinds of wood. He discovered that sculpting is a most fascinating and fulfilling activity. He says “perhaps what intrigues me most about the ‘raw’ materials that I use, is their ‘naturalness’ and abundance.

Generally one does not have to heat, melt, paint, bend or mix ingredients to bring the vision out of the raw material… it is there simply to be ‘worked’, although the ‘working’ of it may not be all that simple a task! …even though there is a distinctive warmth and sensuous feel that can only be felt (or more correctly stated ‘experienced’) by the sculptor as the wood or stone is being carved, I believe, by and large, that there is natural warmth and beauty that most viewers experience even without touching the work!”

In April of 2010, Ronald was invited by the Atlanta Artist Center to display his works in their Sixth Multi-Artist/Media Exhibit at the Buckhead Library in Buckhead, Atlanta, Georgia. The Exhibit ran for about 5 weeks. The artist has twice been invited to participate in the annual Liguanea Art Festival in Kingston, Jamaica; in both the April 2013 and June 2014 events. This outdoor festival is reputed to be the largest of its kind in the Caribbean.

Ronald was honored to have one of his pieces featured on the cover of that Festival’s 2013 commemorative book. More recently Ronald’s sculptures have appeared in the February 2016 Roswell Roots Festival at the Roswell Visual Arts Center, (Georgia, USA), and in March 2016 at Avalon in Alpharetta, Georgia, USA.

Ronald says ‘if I can create something that reveals the inner (or at least the less ‘seen’ or ‘less appreciated’) beauty of nature’s ‘raw’ materials, whether in or outside of the context of our varied and individual modern day experiences or ‘sensibilities,’ then I think I’ve been successful in achieving my goal’.
The artist is keen on incorporating such themes as spirituality, family, nurture, completeness and balance in a number of his pieces.

His sculptures are marketed under the ‘Dance Hill Collection’ brand. People often wonder why ‘Dance Hill’? Well… Ronald enjoys spending time at a favorite spot in the hills deep in the countryside of Jamaica; he feels so blessed and fulfilled at that place and space that he says the spirit demands a dance of praise!

Ronald currently alternates his time between Alpharetta, in the metropolitan Atlanta area in Georgia, USA and Woodside, St. Mary, Jamaica. 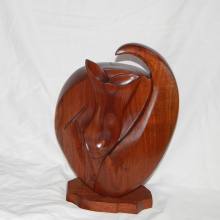 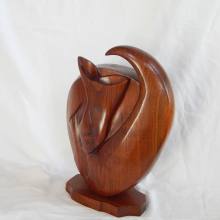 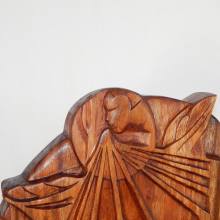 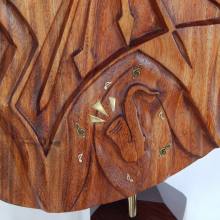 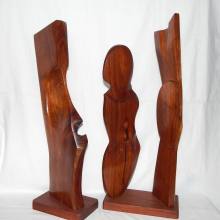 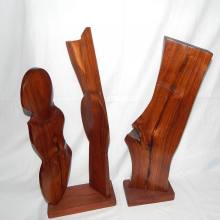 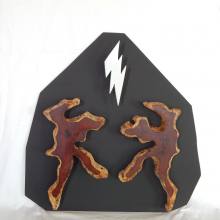 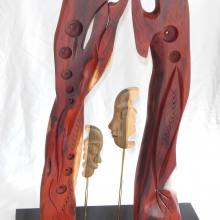 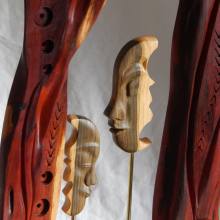 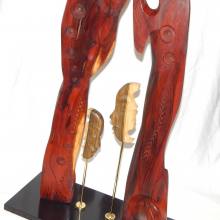 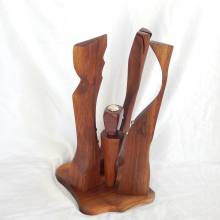 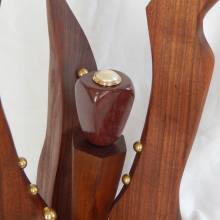 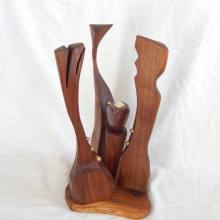 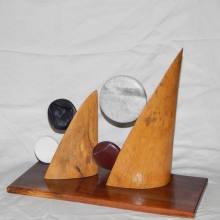 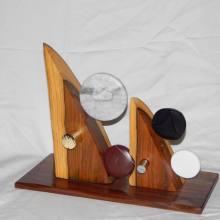 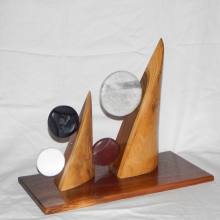 Lignum Vitae is the main wood, base is Black Walnut wood; white and black marbles and Rossa Laguna marble, brass and stainless steel 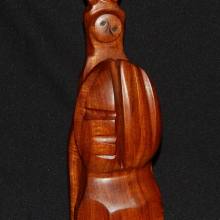 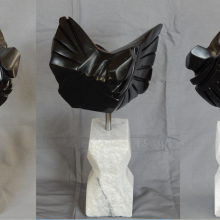 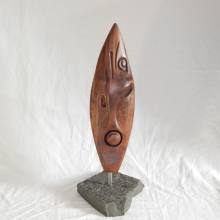 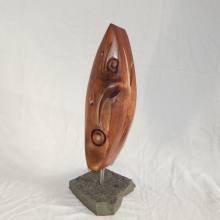 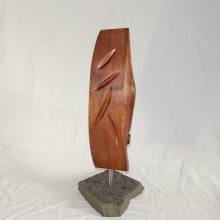 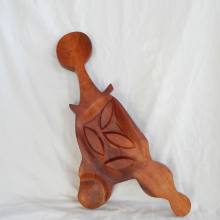 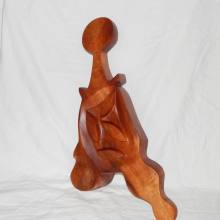 Jamaican Cedar wood  71 c x 35 x 10 cm. Weight 2.8 kilos The viewer is asked to lean heavily on their own ideas and perceptions