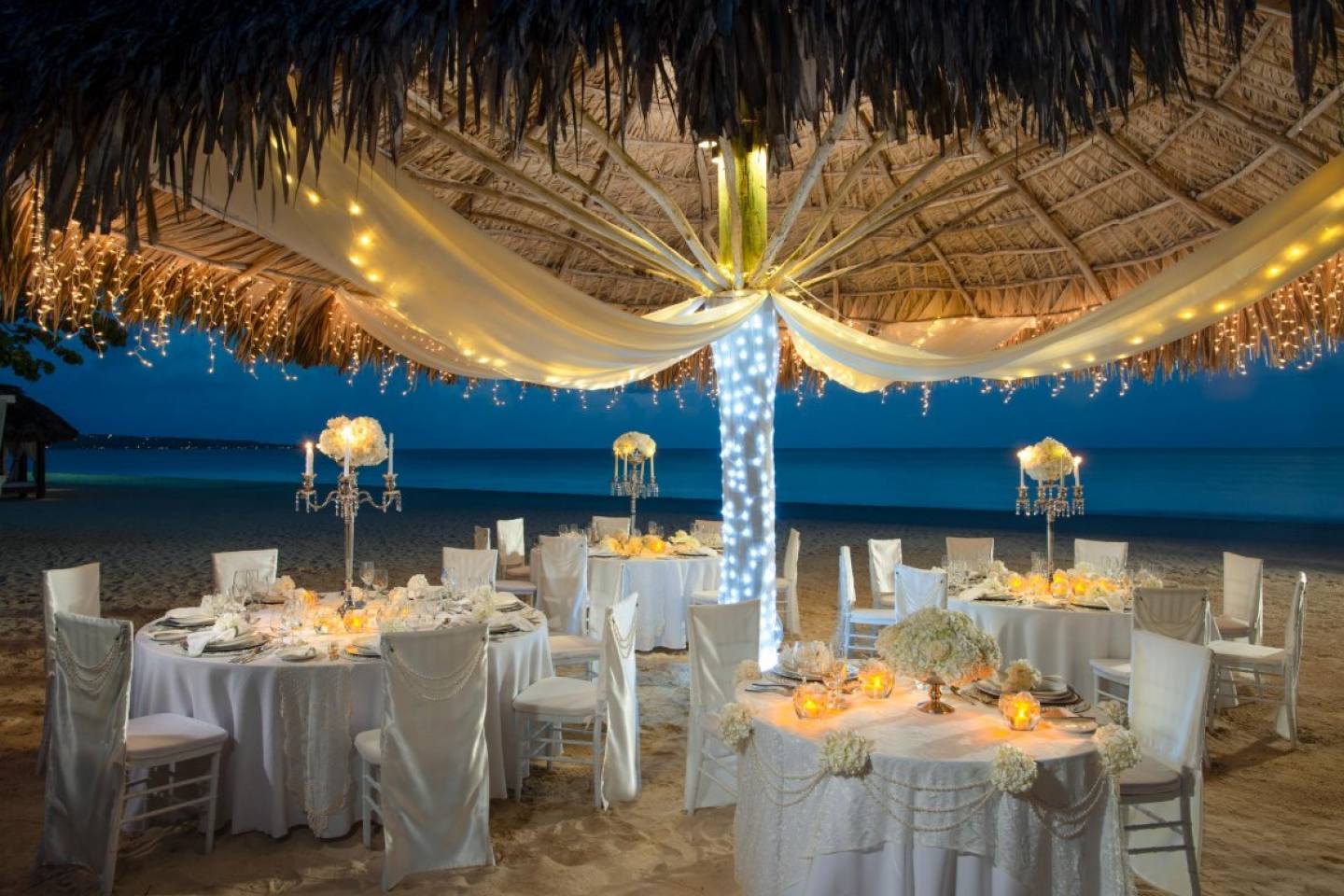 A traditional wedding in Jamaica involved the whole village or community where the couple lived. Relatives and members of the community all had roles in preparing the wedding. Today, couples employ wedding consultants or planners, but in the past, planning was taken on by those who lived near the couple and knew them well.

Wedding Cake - Traditional weddings required elaborate preparations, including the cooking of vast amounts of food and several cakes. Cakes were carried to the wedding location by a procession of married women clothed in white dresses and head-ties. The cakes were covered with white lace, so that the bride did not see them until the day of her wedding.

Pre-ceremony party - Before the ceremony, wedding guests partied with ring games and dined on a wide array of foods. The party lasted until daybreak, when those in attendance prayed for the couple before leaving to prepare for the wedding ceremony.

The ceremony - Many couples chose a church wedding ceremony with a pastor who has the legal authority to register marriages.  The groom wore a new suit, and the bride, an elaborate white dress and veil.

Wedding reception - The wedding reception was held at the groom’s house in a special booth built specifically for the event, usually made of coconut boughs and decorated with flowers. The wedding cake was cut, the couple toasted, delicious foods consumed, and everyone enjoyed dancing, playing games and singing songs.

Thanksgiving and second reception - The next Sunday following the wedding, is known as ‘Tun T’anks’ Sunday for the wedding party went to church; followed by a second reception hosted by the bride’s parents. This second reception was even larger than the first one, with more food and cakes beings served. The top layer of the wedding cake was given to the minister who performed the ceremony, and the second layer went to the newlyweds.

A highlight of the reception was the live music by a group of musicians with a fife, banjo and guitar. Quadrilles were danced in those days with the bride, groom, their parents, maid of honour and the best man taking the lead.

Wedding gifts - Throughout the evening a money was collected and given to the bride. Gifts were given by everyone who attended the reception. These gifts included animals or other kinds of provisions.

Weeklong honeymoon - Following the reception, the newly wedded couple went to their new home. During their first week of married life, they were excused from working in the fields during this time. Family members brought food and gave them advice.

Today, many of these traditions are no longer observed, but still fondly remembered.

An adaption of a blog by StephanieK of ‘Traditional Jamaican Marriage Customs’ of Jamiacan.com: