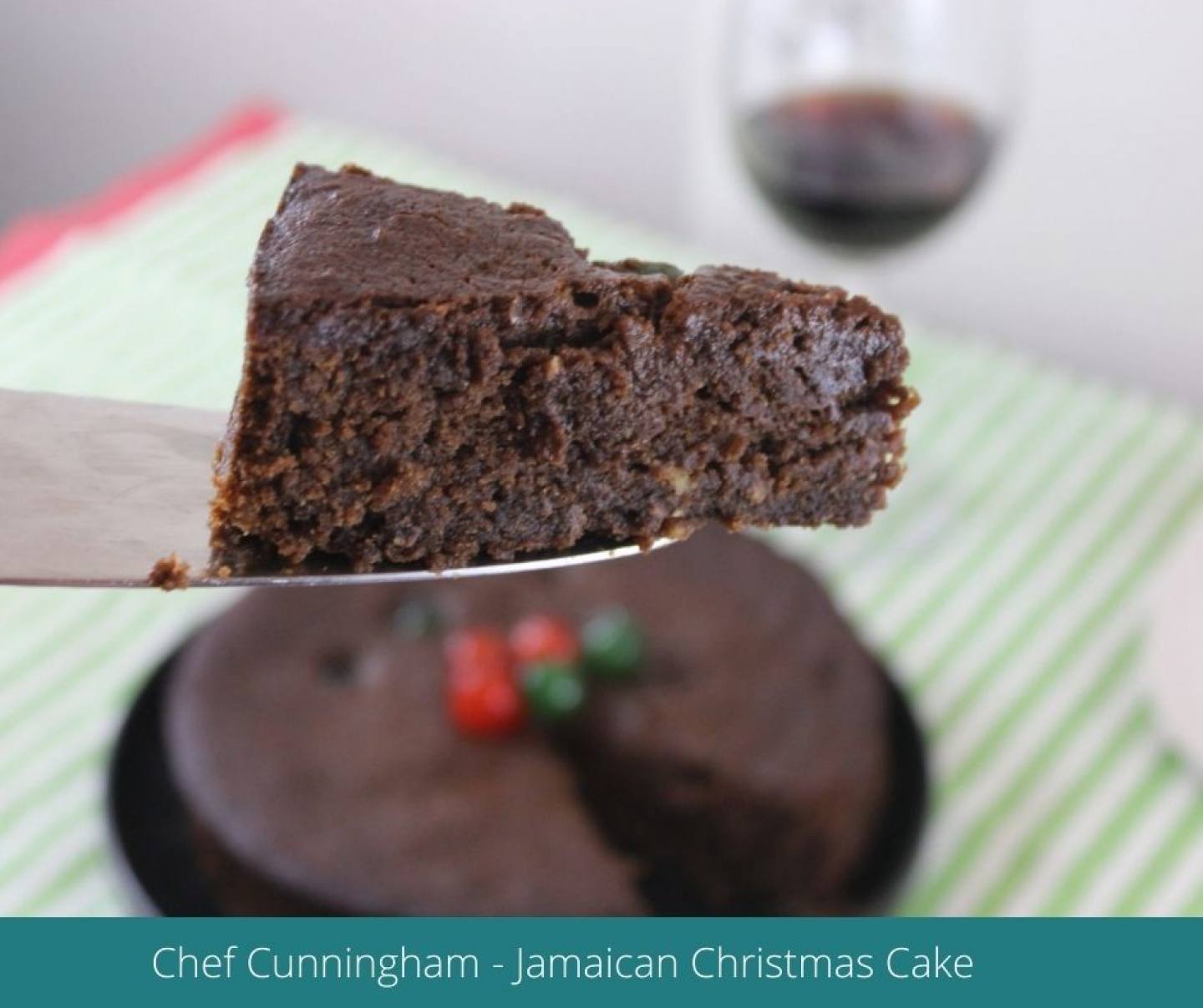 In 1998 shortly before I left Jamaica to work in Geneva, a friend gave me Enid Donaldson’s better-known recipe book of Jamaican cuisine, titled ‘The Real Taste of Jamaica.’ Donaldson was a pioneer in her field as she, along with photographer Ray Chen a beautiful publication by Ian Randle Publishers, with Jamaica’s traditional and contemporary cuisine.

In Jamaica because there is never, ever a dream of a white Christmas, the pudding is never served hot. Consequently, beef suet is hardly used in the making Christmas pudding or mince pies. Most Jamaican housewives make one mixture and bake a portion for cake and steam the remainder for pudding. Raisins, currants and prunes are usually soaking for months or even years in real Jamaican rum, in anticipation of the delicious cake to be made the first week of December.  This allows enough time for it to ‘ripen’ or mature for the yuletide season.

Before making the Christmas cake the fruits ought to be prepared a few months in advance. Enid Donaldson’s advice is soak only raisins, currents and stoned prunes. If possible, grind all the prunes, cut the raisins and currents in half. This will give the cake a ‘bite.’ Do not soak the dates, cherries, mixed peel or the nuts. Spices such as cinnamon and cloves, may be added to the rum and wine, but this is not a must. Place the entire ingredients in a glass container with a rust-free cover.

The list of ingredients for Christmas Pudding is quite long as it includes butter, granulated sugar, browning, vanilla, almond flavouring, lime juice, lime or orange rind, eggs, mixed fruits (raisins, currants, prunes, citron, cherries, dates), breadcrumbs, flour, baking powder, salt, mixed spice, white rum, port wine/brandy optional, and chopped nuts. After mixing the ingredients and pouring it into a covered tin that is lined with brown and grease paper; it is then placed in a steamer.

As a child I remember my aunt’s home-made steamer which was a 10-gallon tin that once contained cooking oil.  The top of the tin was cut open, cleaned, then filled with water placed on a wood fire outdoors. Boiling water is continuously added until the pudding steams for approximately 3 hours. Christmas cake has the same recipe and baked in an oven.

Enid Donaldson book, The Real Taste of Jamaica is available at several book distributors and can be bought online. 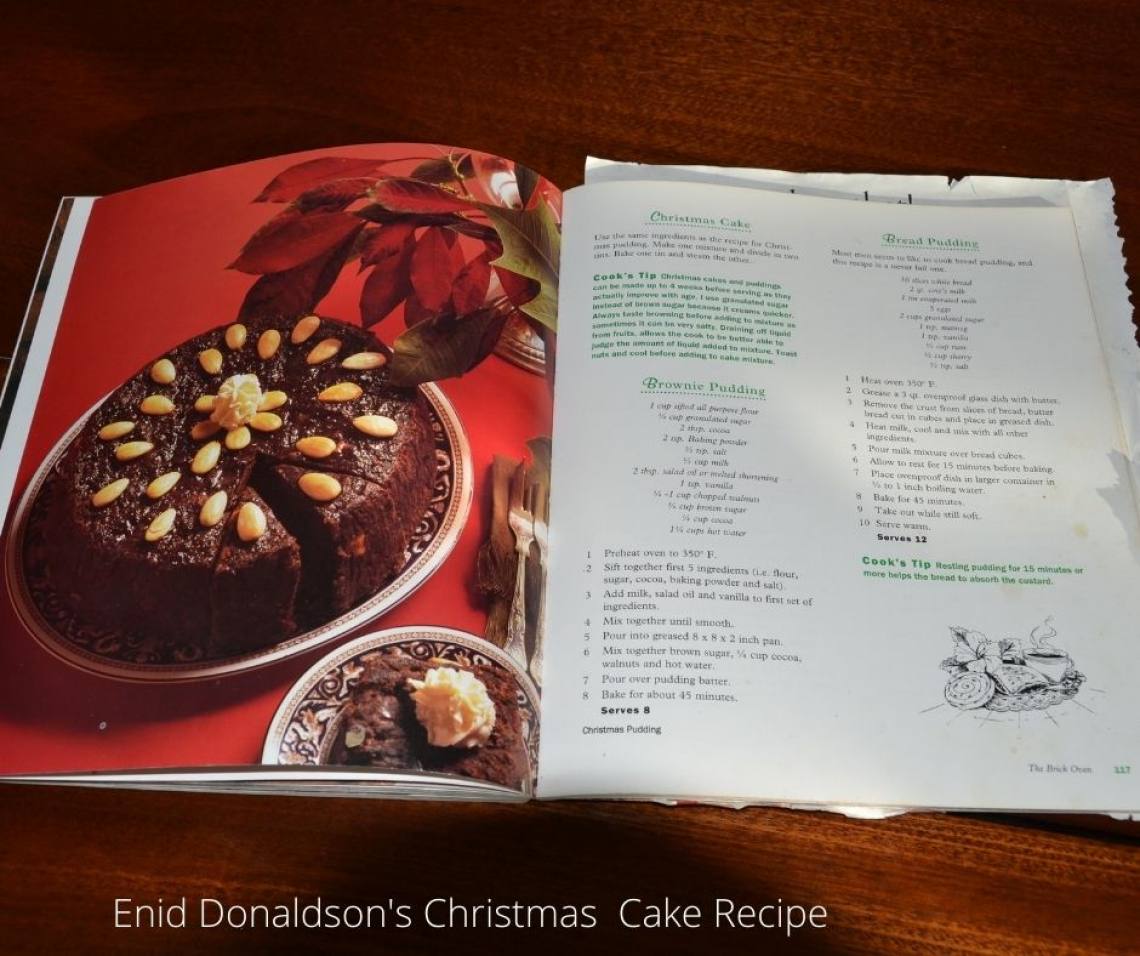 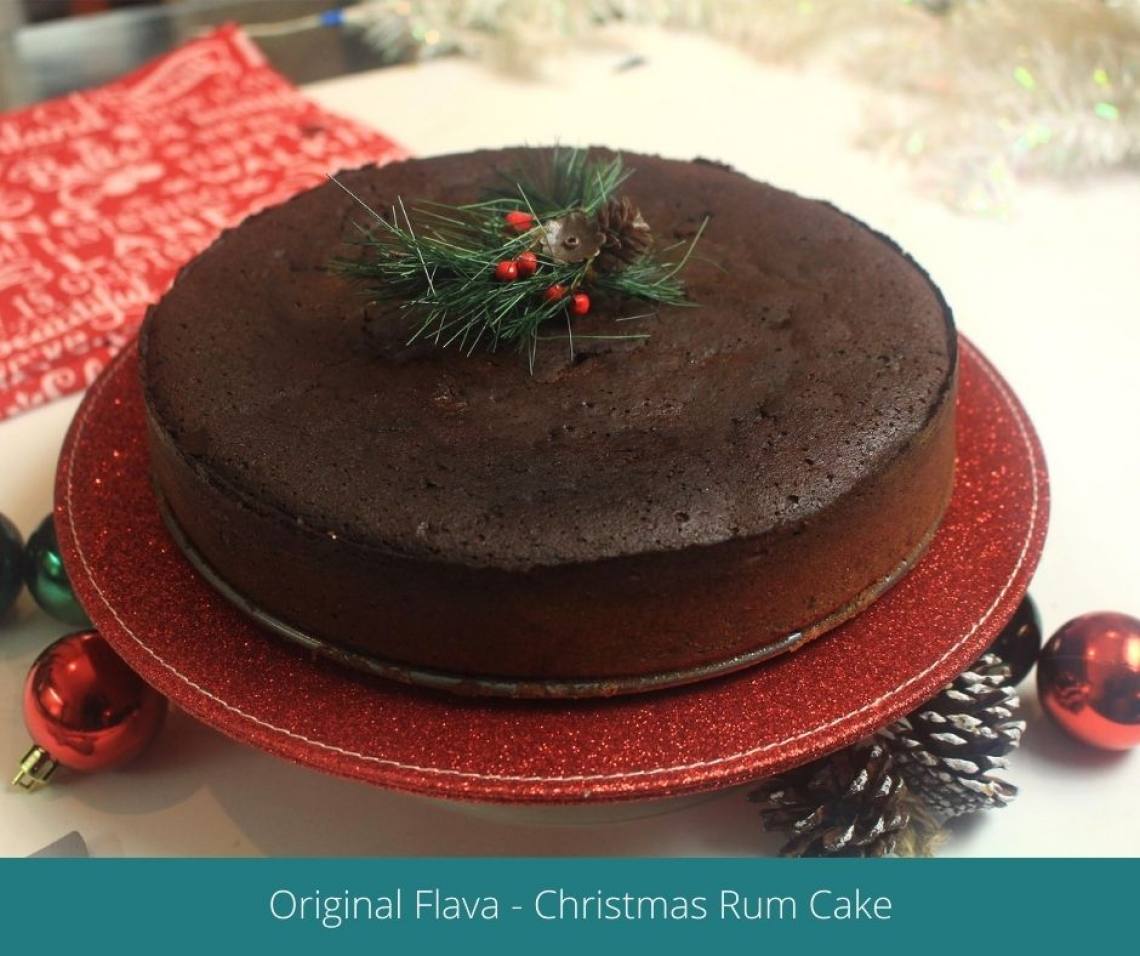 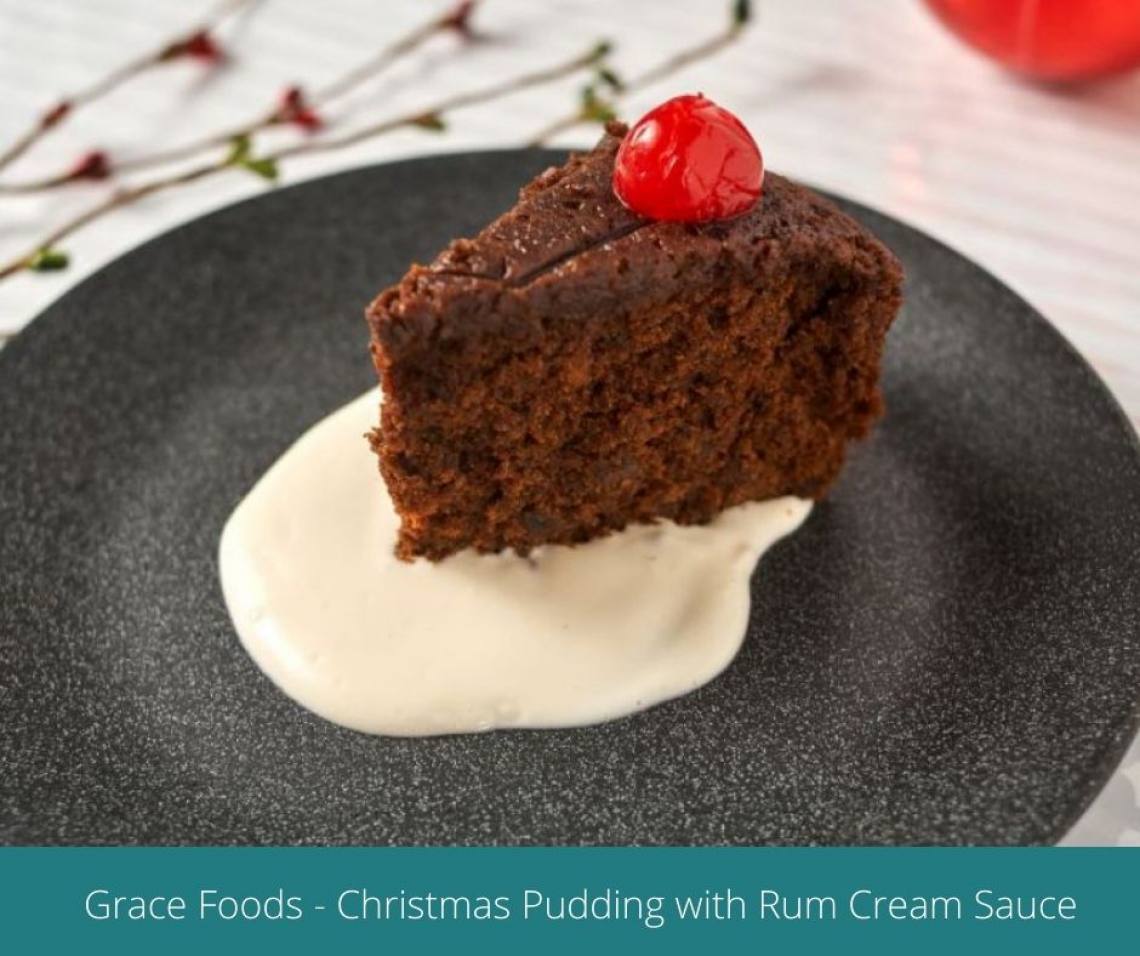 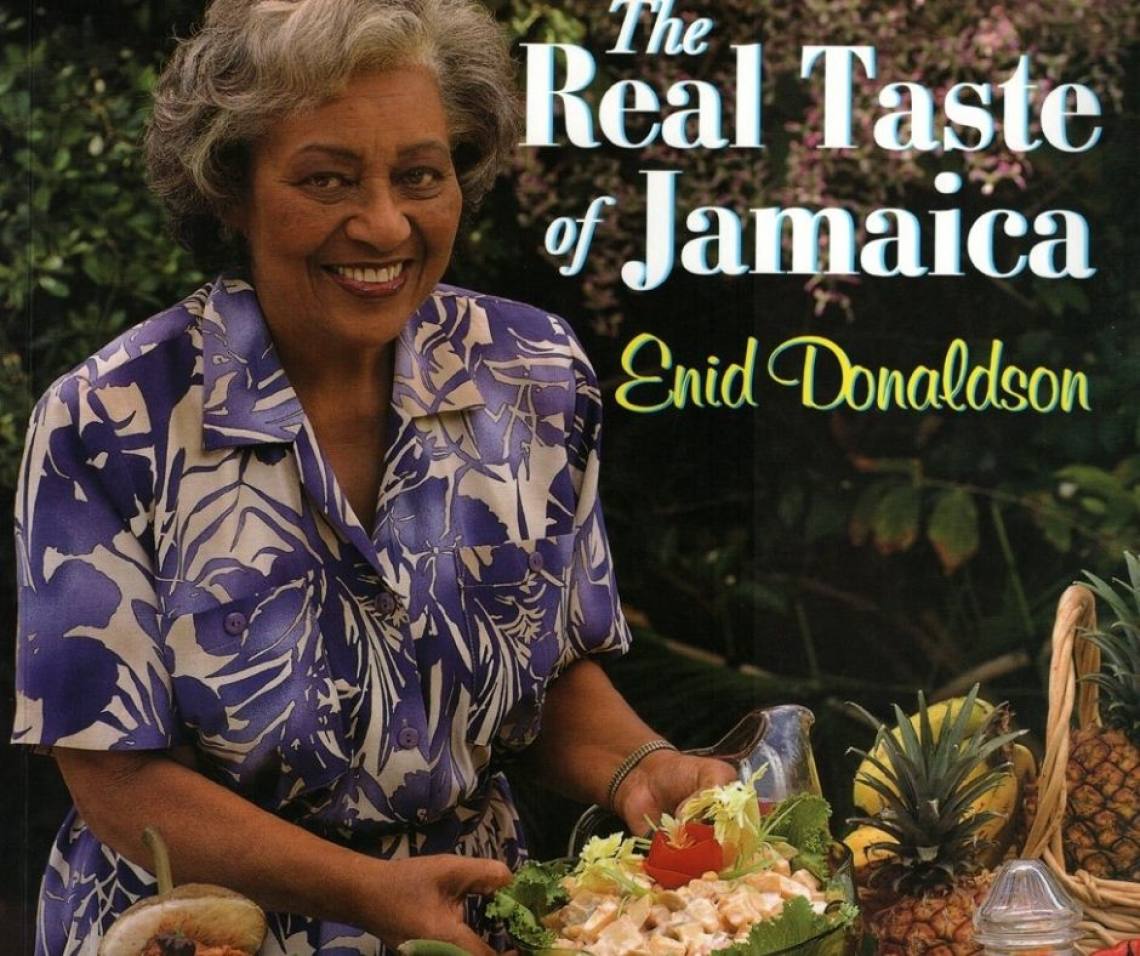 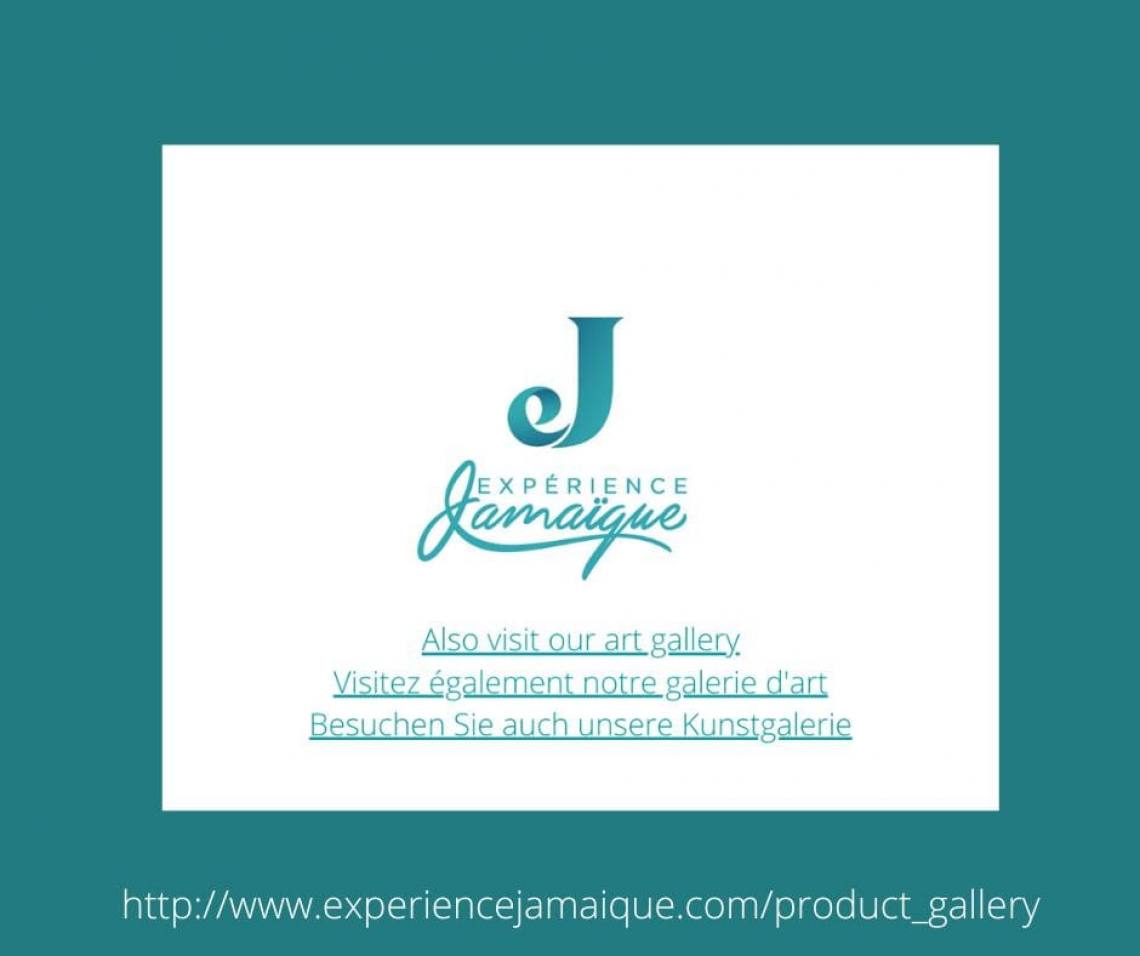 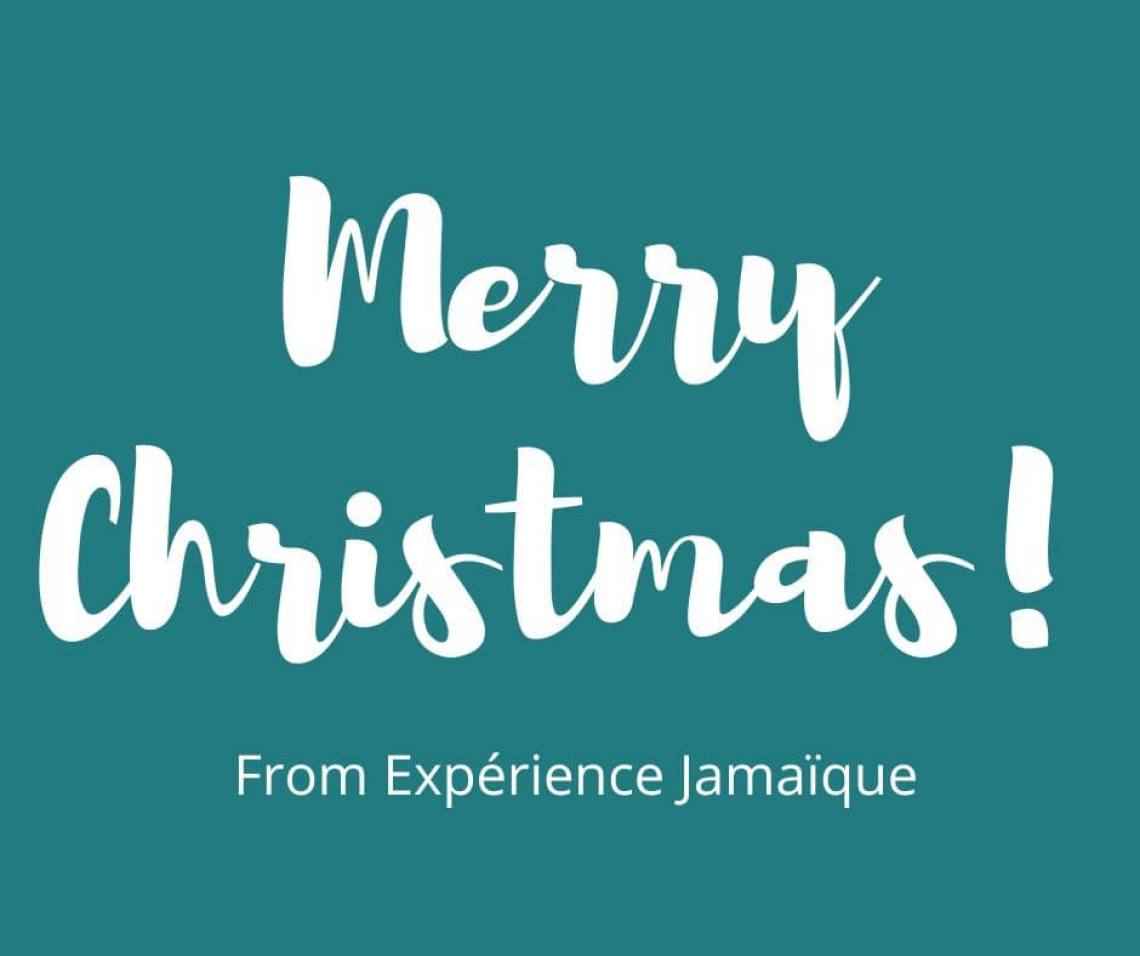