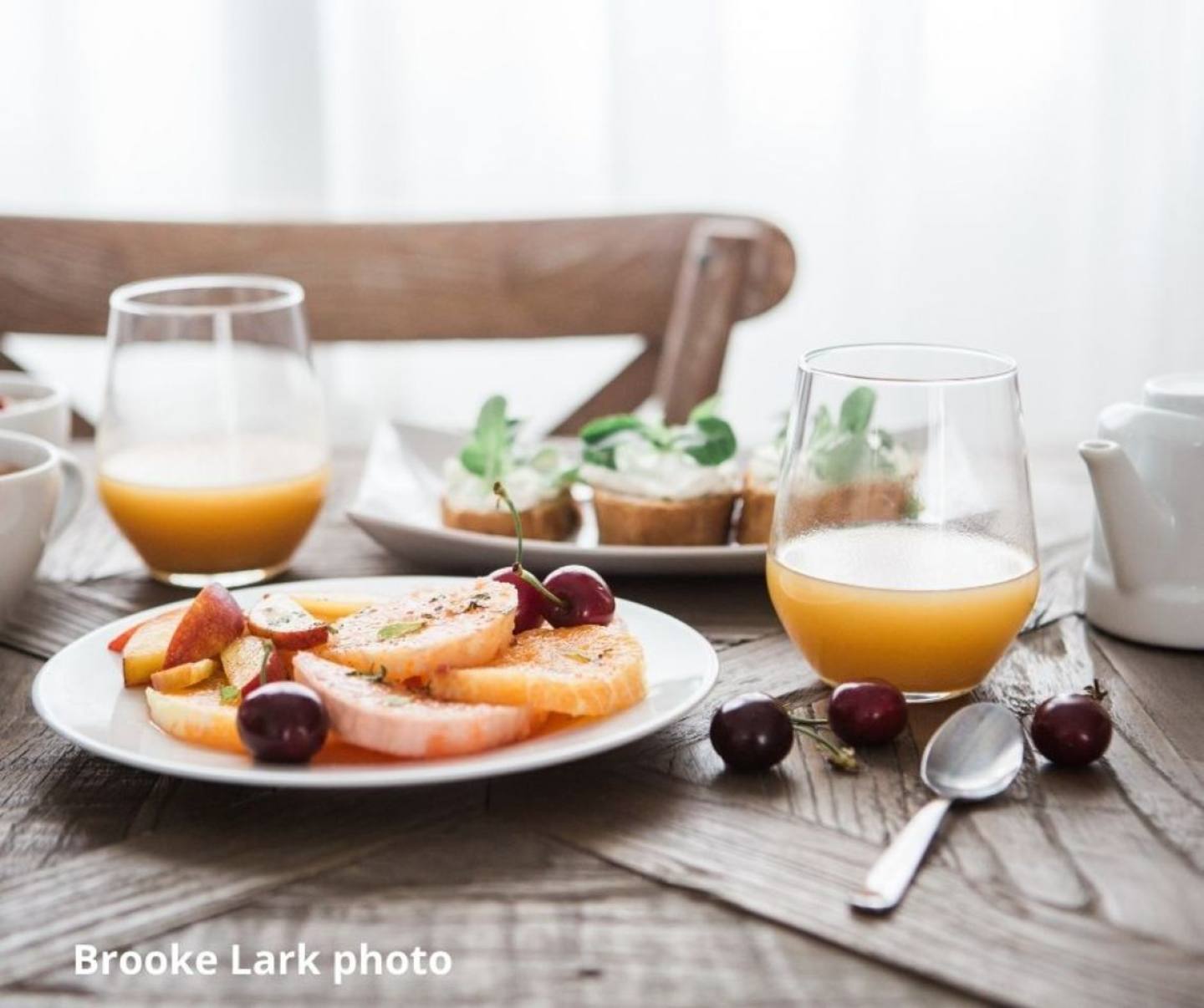 The Caribbean islands have a lot in common in terms of history and peoples.  For instance, all the islands were occupied by indigenous people before Europeans came to colonize them.  These people, often referred to as Arawak and Caribs, ate similar foods endemic to the region, such as casava and fish.

As Europeans came from Spain, Britain, France, the Netherlands, and Portugal they too brought their cuisines that became part of the traditional Caribbean breakfast diet, such as bread, hot beverages and porridge. Africans from west and central Africa who were brought to the Caribbean in large numbers as slave labour for the sugar industry. They also shaped the Caribbean breakfast choices with the introduction of plants such as ackee, breadfruit and certain yams.

Much later, waves of migrants from Asia, in particular India brought with them a rich array of curries and other delicacies.  Consequently, traditional Caribbean breakfast dishes across the region reflect a blend of people and cultures of the Americas, Africa, Asia and Europe.

Here are but a few examples of traditional Caribbean breakfasts.

Central to breakfast in the Bahamas is grits, a dried ground hominy, or corn. Mixed with boiling water. Grits is made into a porridge ranging from a thin gruel to a stiff paste as thick as mashed potatoes.  In addition to grits, Bahamians often have sardine, tuna, or corned beef, initially imported from Europe. The sea is never far in the Bahamas, so fish stew made from day’s catch is also a traditional breakfast dish which dates to the indigenous people.

In Barbados, deep fry meat dishes, referred to as bakes are characteristic of traditional breakfast dishes. Locals generally eat bakes with codfish, fishcakes, porridge, cheese or just plain butter. Bakes is not exclusive to traditional breakfast choices, but also included in other meals.

Cuba’s basic traditional breakfast consists of bread slices wet in café con leche, a combination of strong coffee with warm milk. Today this is simply part of a wider range of breakfast choices for locals who combine tropical fruits and meat.

In Dominica breakfast is an important meal and is eaten every day. A traditional breakfast is baked saltfish fritters, made with salted cod and flour. Other breakfast meals include cornmeal porridge,  made with fine cornmeal or polenta, plain milk or condensed milk and sugar to sweeten.

According to a blogger at Guyana Dining, traditional breakfast choices are wide ranging. What comes to mind is more than likely Dishes like Saltfish and Bakes, Baigan Choka and Roti, Pumpkin and Sada Roti, Pepper-pot and Freshly Baked bread and the list can go on and on. If on the run it might be Cassava Ball, Eggball, Puri and Fishcake, Roti and Curry. If you are in the Interior (Rainforest or Hinterland villages) it might be ground provision with Tuma Pot (a Traditional Amerindian Soup like dish containing fish and meat). Clearly a reflection of Guyana’s rich cultural diversity of sizable indigenous people, as well as people of Indian and African roots.

Saltfish (salted cod) is a recurring theme in traditional Caribbean breakfasts for in Grenada breakfast is Saltfish Souse. To prepare Grenadian saltfish, the dried fish is rehydrated in freshwater, then flaked and mixed with chopped tomato, onion, pepper and parsley. It is usually served warm alongside or tucked inside a bake, a pouch-shaped bun like a pita.

In Martinique the traditional breakfast recipe is made from avocado, lime juice, cassava flour (known as 'manioc'), chillies mixed with spinach leaves and salt fish. There are other variations which include crab or lobster meat. The dish was eaten for breakfast by workers who worked on sugar plantations.

In Trinidad and Tobago, traditional breakfast dishes reflect the strong ties with India. Roti served with a variety of curried, roasted, or fried vegetable dishes. There is also fried or baked saltfish with coconut bread with a range of fillings.

Surprisingly, the hardest traditional Caribbean breakfast to describe is Jamaica’s, since as a Jamaican many things come to mind. The range of choices include cornmeal and banana porridge, steamed cabbage with saltfish, ackee and saltfish with johnny cakes and fried breadfruit, bammy with salted mackerel (mackerel rundown) and mint tea, and the list goes on. 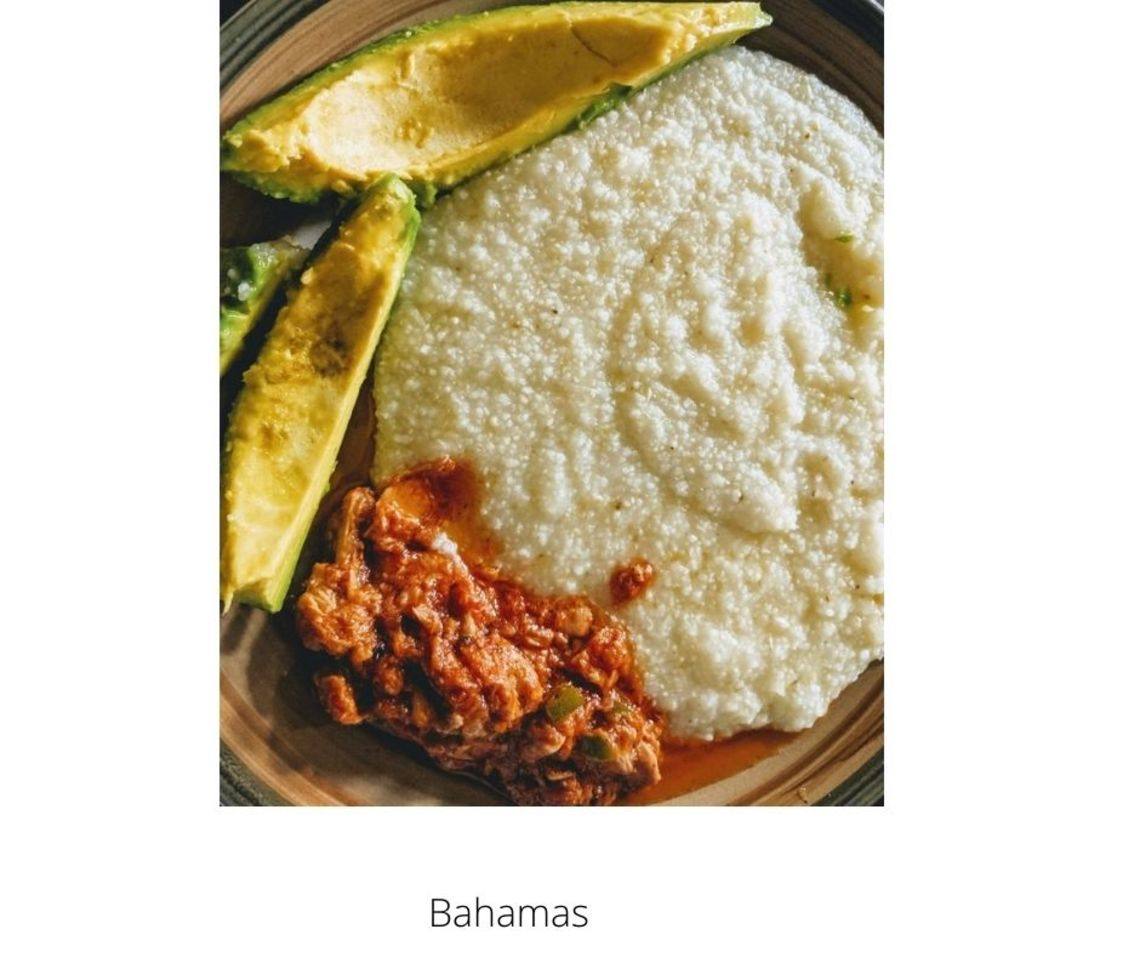 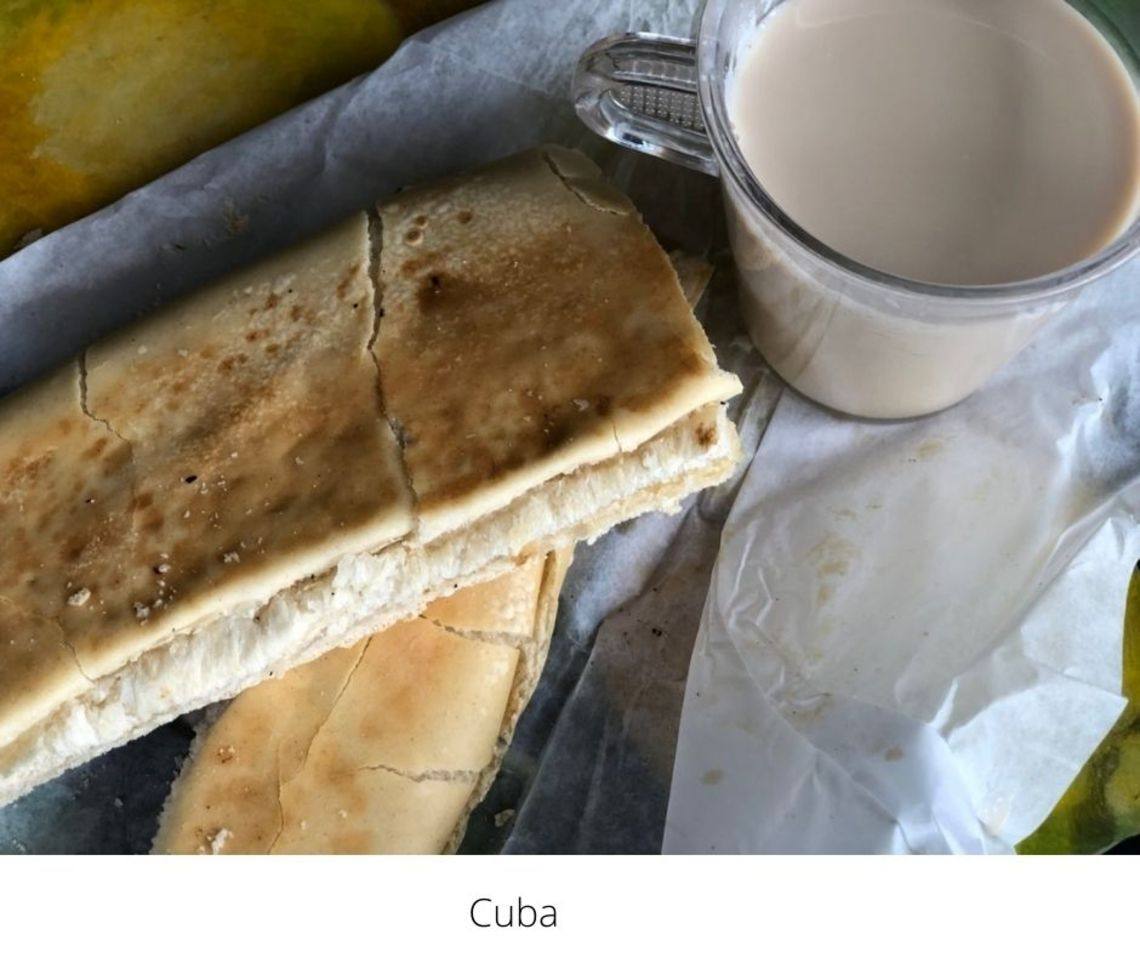 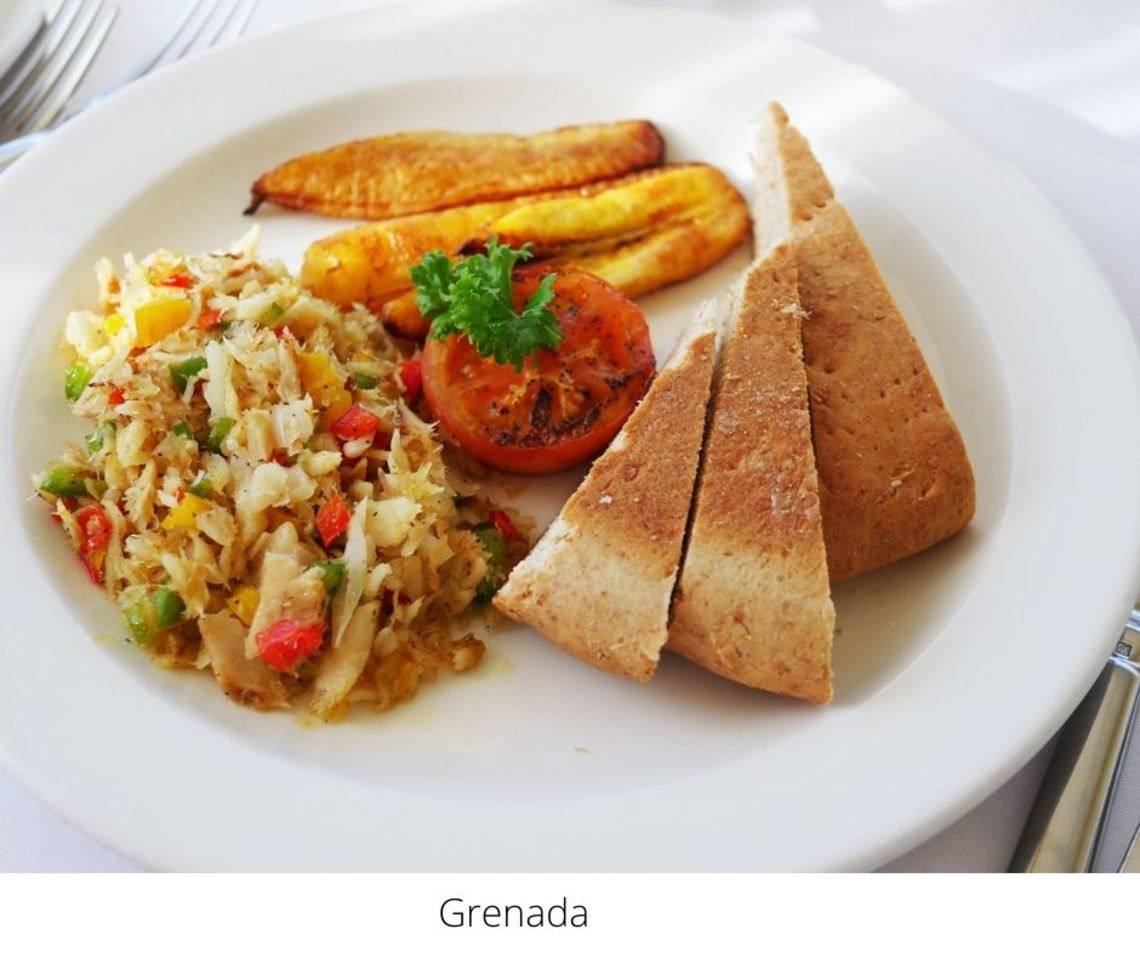 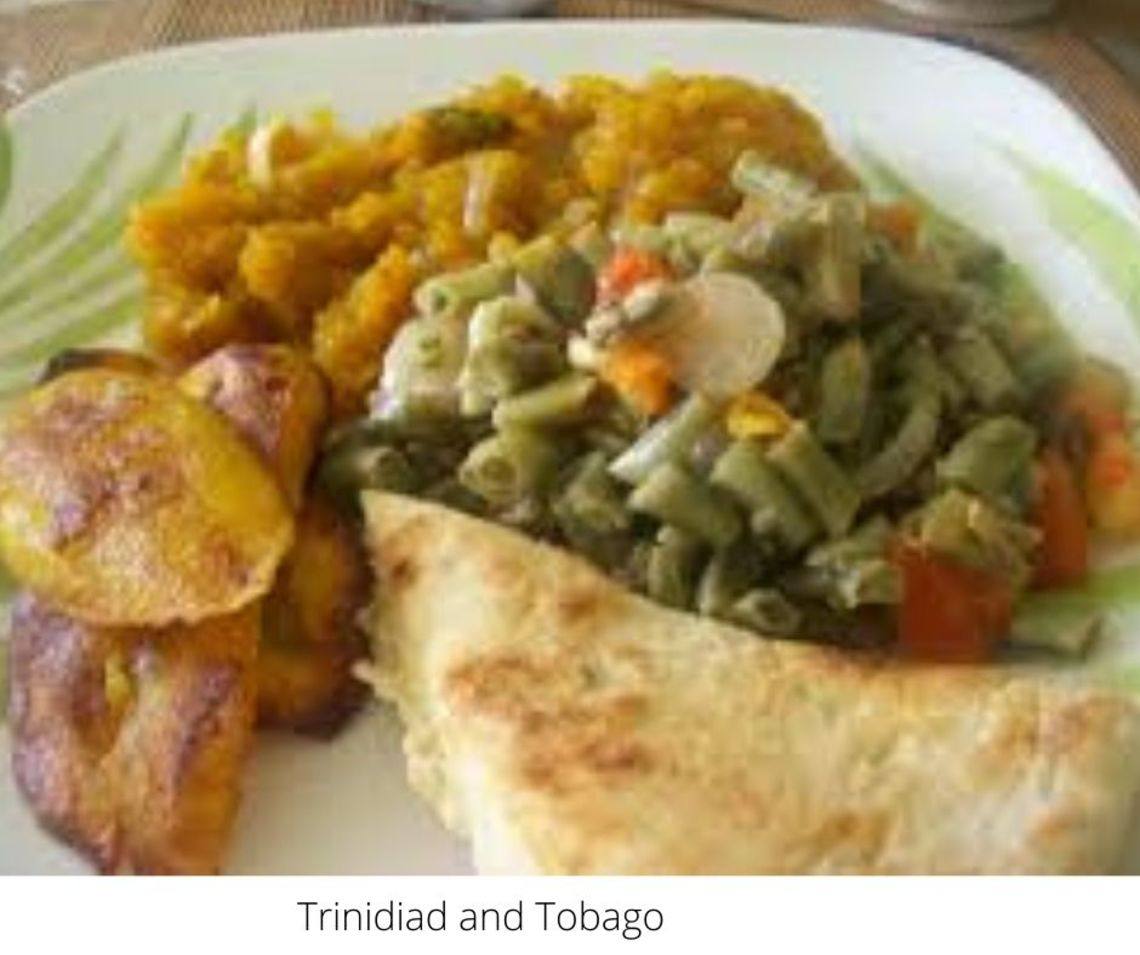 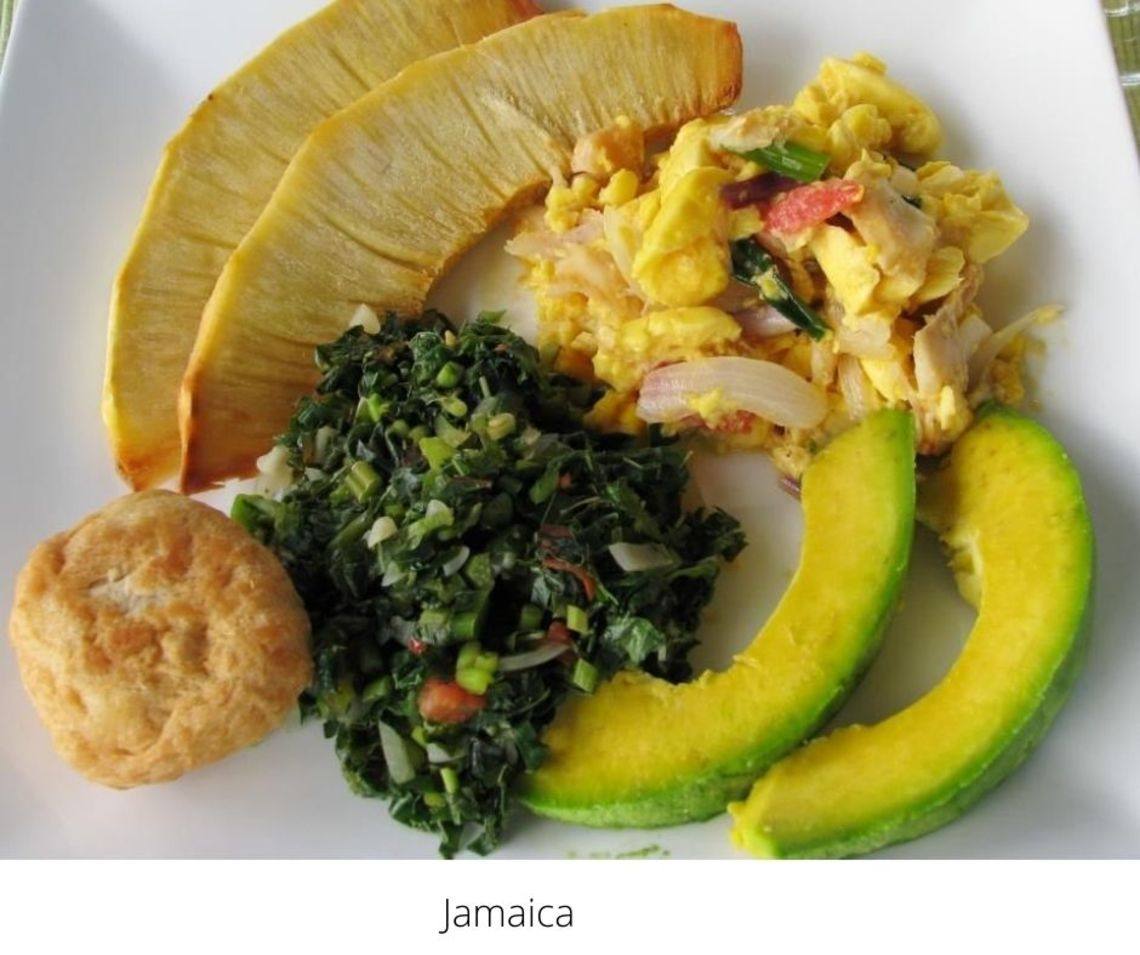 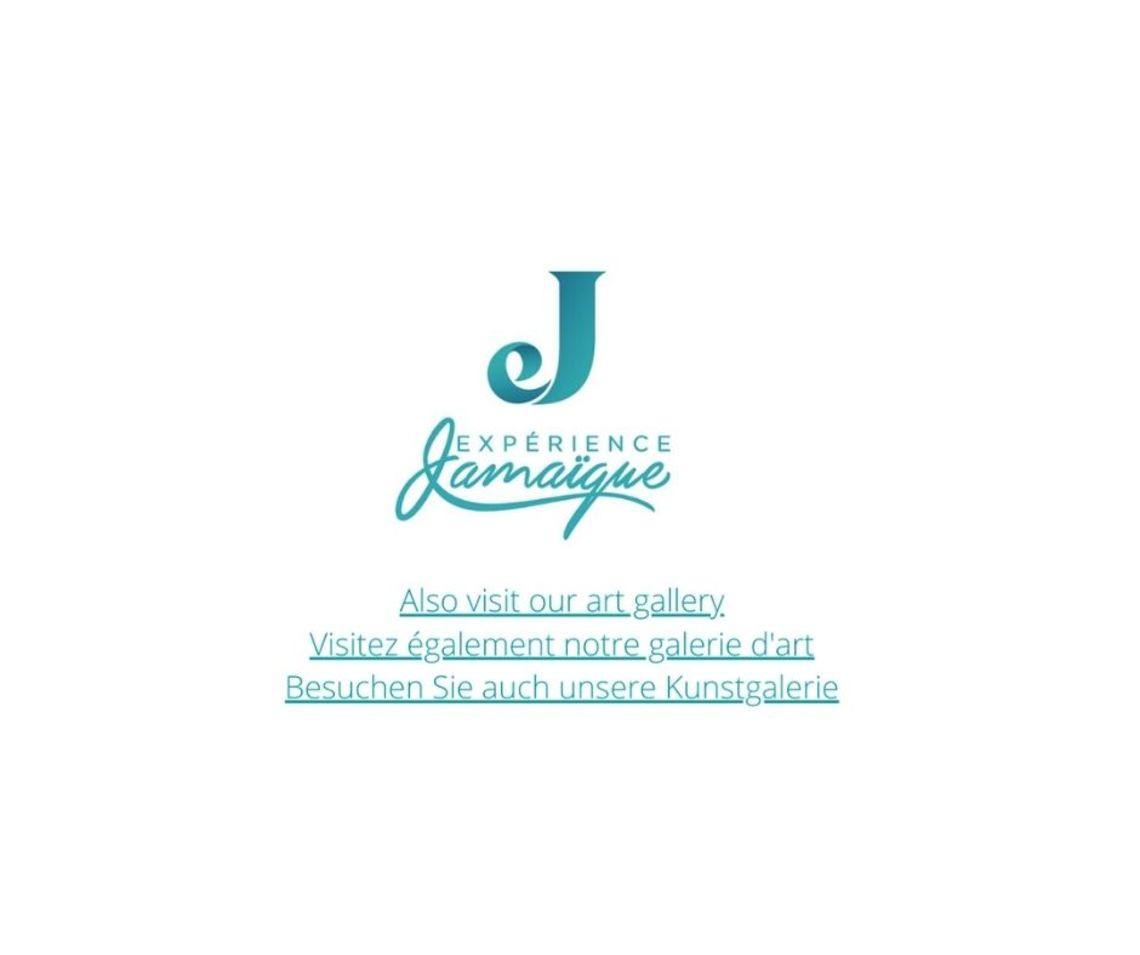