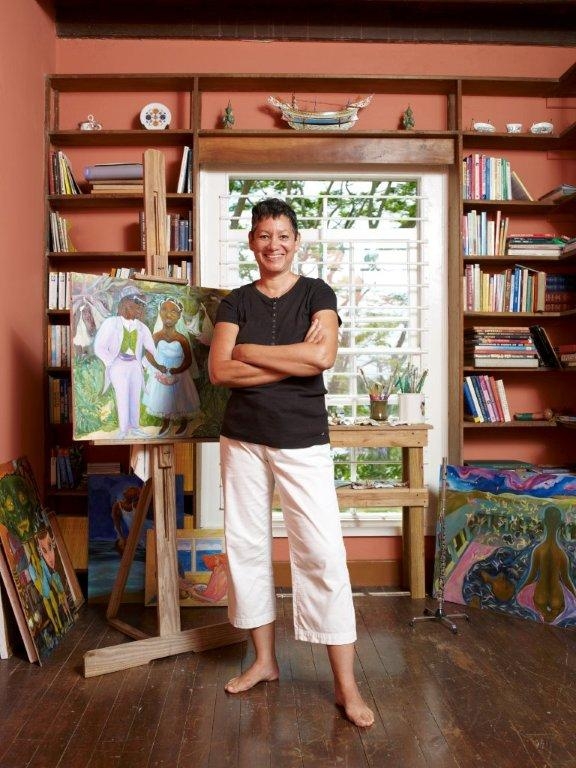 Valerie Beaumont (ROARK) was born 23/4/56 in St. Andrew, Jamaica. As a child she was forever drawing, on walls and in her school books and knew there was only one career to pursue. She attended the Jamaica School of Art (1974 – 1978) graduating with Distinction in  Painting and Art Education, followed by post graduate work at the Escuela Nacional de Artes Plasticas (San Carlos) UNAM, Mexico, (1982 -1984), as the recipient of the Benito Juarez scholarship (1981). Returning to Jamaica, she was the sponsored artist (1988-1989) under the Life of Jamaica Young Artist programme, culminating in a one woman exhibition (1989).

Shortly thereafter, she married and left Jamaica again for world travel, not painting for many years. These nomadic times were fruitful soil for later work however, culminating in pieces influenced by her years in Pakistan and Thailand. More recently her work has veered towards an internal spiritual dimension. She has only recently begun to exhibit her work again, with another one woman show at the CAG(e) Gallery,    EMCVA (2015)
Her work is provocative, socially aware and deeply spiritual.
Exhibitions and Publications 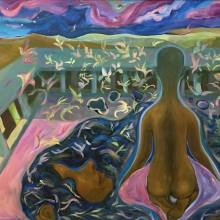 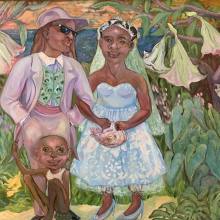 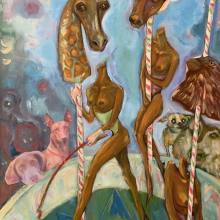 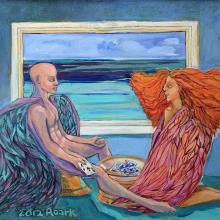 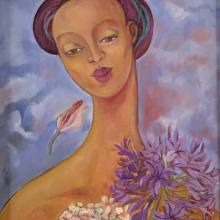