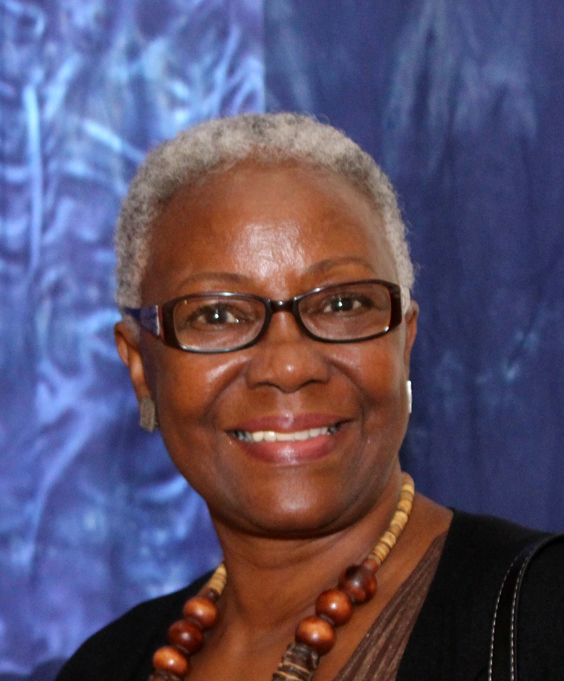 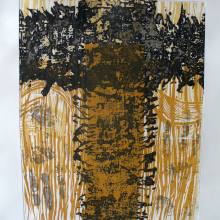 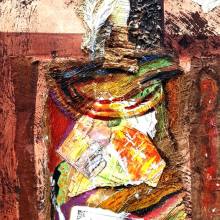 Paint on acrylic canvas with diverse materials 102x51cm. Homage to Rainbow Lives, honour the lives of friends and contemporaries who exited suddenly life as we know it. 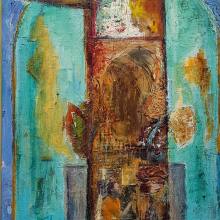 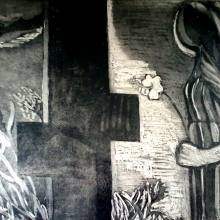